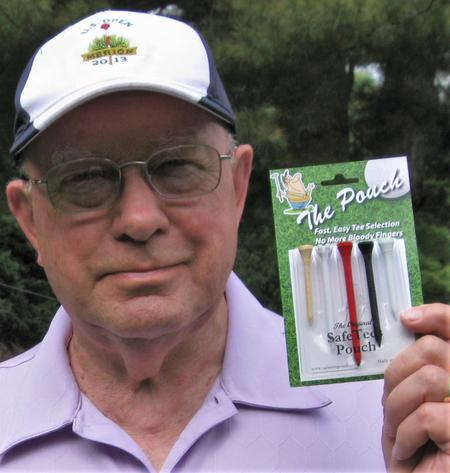 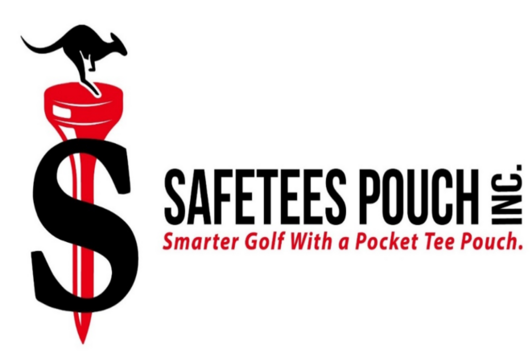 Tips on Use
About Us
Testimonials
Home

Necessity is the mother of invention, eventually, and with guidance from the Lord.

So it is with the SafeTees Pouch.

Our story goes back to the fall of 2015 when George Moore, the inventor — now president of the company — was preparing to tee off at the 14th hole on a course near Franklin, West Virginia.

He was playing well and anxious to tee off, so he jammed his right hand into his pants pocket to retrieve a ball and tee.  That’s when it happened.

His ring finger caught the point of a loose Stinger tee, and he said "darned," or something similar.  He withdrew his hand, and as he tried to stop the bleeding, he thought to himself, "There must be something…".

That evening, George searched the Internet for something to protect him from the tees in his pocket.  There was nothing.  So he continued thinking.

It would have to be like…ah ha, a pocket protector.

He did a rough drawing, returned to the Internet and found a company in the United States that could make his pouch. The first ones rolled off the production line in October 2016.

The SafeTees Pouch, now protected by a U.S. patent, was featured in the “New Products” section at the PGA Merchandise Show in Orlando in January 2018, and it has won rave reviews from every golfer who has tried it.

The standard pouch proudly bears the company name (“The Original SafeTees Pouch”) and the fact that it is “Made in U.S.A.” In addition, the company now offers custom color imprinting for organizations wanting to promote themselves and their brands.

Smarter golf with a SafeTees Pouch!